It was brought to the attention of FrozenFoodsBiz.com on September 10 that the photo above, which first appeared at this website in the recently published “Fulcher Seafood Officer Admits to Country of Origin Labeling Fraud” story, depicts the entrance of a company facility that is not a business affiliate of Garland F. Fulcher Seafood.

Christina Fulcher-Cahoon, vice president and director of procurement of Fulcher’s Seafood, which was founded on the inner banks of North Carolina in the early 1940s as Fulcher’s Crab & Oyster Company by Gaston B. Fulcher, has set the record straight as follows:

FrozenFoodsBiz.com sincerely regrets the photo mix-up. In republishing the initial story below, we want to make clear to readers that the companies listed by Christina Fulcher-Cahoon above are not connected in any way to the court case in which Jeffrey A. Styron has pled guilty.

Jeffrey A. Styron, treasurer of Oriental, North Carolina-headquartered Garland F. Fulcher Seafood, has pled guilty to directing the false labeling of crabmeat sourced from Asia and South America as “Product of USA.” Sold primarily as domestic blue crab to small seafood retailers and restaurants, its estimated value was put at $250,000 or more.

Styron, who is scheduled to be sentenced on December 7, was responsible for overseeing the daily operations of the company’s import, production and wholesale business, which involved managing and directing employees with respect to the processing, packaging and labeling of crab meat.

As part of the guilty plea accepted by US District Judge James C. Dever III, Styron admitted that Garland Fulcher Seafood “could not and did not process sufficient quantities of domestic blue crab to meet customer demands” from 2014 to 2017.  Endeavoring to make up the shortfall, plant workers were told to repack foreign crabmeat into containers marked “Product of USA,” which were then sold to customers as backfin, claw, lump, jumbo lump, or “special” domestically harvested blue crab meat. 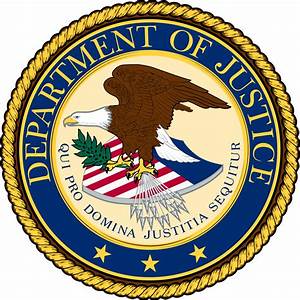 “Blue crabs are a classic American seafood product and a vital resource for coastal communities in North Carolina, Virginia, Maryland and other parts of the United States,” said Jeffrey Bossert Clark, assistant attorney general for the US Justice Department’s Environment and Natural Resources Division. “This investigation is part of the department’s mission to work with our law enforcement partners in the protection of Atlantic blue crab populations and other marine resources.”

“Seafood mislabeling is consumer fraud that undermines efforts of hardworking, honest fisherman and the free market by devaluing the price of domestic seafood,” said US Attorney Robert J. Higdon Jr. for the Eastern District of North Carolina. “In this case, the fraudulent scheme artificially deflated the cost of domestic blue crab and gave Styron and Garland Fulcher Seafood an unacceptable and unfair economic advantage over law-abiding competitors.”

“Seafood fraud undermines the economic viability of US and global fisheries, deceives consumers, and threatens the health of those who consume tainted or misidentified seafood products,” said Chris Oliver, assistant administrator of the National Oceanic and Atmospheric Administration’s (NOAA) National Marine Fisheries Service.  “This case is a great example of investigative cooperation by state and federal law enforcement to strengthen seafood fraud detection and safeguard the industry and consumers.” 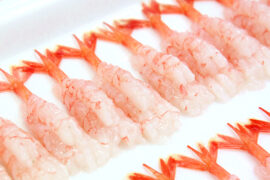 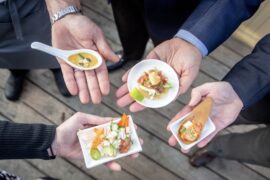 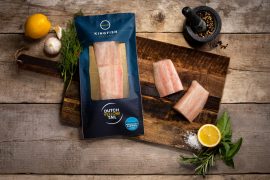