Usufuku Honten, a fishery enterprise based in northeastern Japan, has become the first to meet the Marine Stewardship Council’s (MSC) global standard for sustainable fishing of endangered bluefin tuna, a prized ingredient in sushi and sashimi dishes. The company is now certified to use labeling authorized by MSC, a London-headquartered international nonprofit organization that promotes sustainable fisheries.

Usufuku Honten’s achievement marks a significant moment in the turnaround of Eastern Atlantic bluefin tuna resources, which have been the subject of concerted conservation efforts for the past 20 years. Obtaining MSC certification requires proof that a fishery is healthy, minimizes its impact on the environment and has effective management in place.

Eastern Atlantic bluefin tuna was on the verge of collapse less than two decades ago. While fishing never stopped, with allowable catch remaining in the thousands of tons, stringent measures introduced in the 2000s led to a significant recovery in numbers during the past decade.

Sotaro Usui, president of Usufuku Honten, commented: “We are extremely proud to be the first MSC certified longline bluefin tuna fishery in the world. It means our long-time efforts on bluefin tuna stock management have been recognized…We aim to contribute to expanding sustainable fisheries by providing our traceable fishes.”

Dr. Rohan Currey, the MSC’s chief science and standards officer, stated: “This certification reflects the positive, concerted action taken over many years, to support the recovery of bluefin in the Eastern Atlantic.” 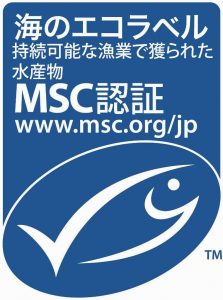 Family-owned Usufuku Honten Co. entered the assessment process two years ago to differentiate itself from the high levels of illegal, unregulated and unreported fishing of bluefin.

While Japanese consumers will have the option to purchase sustainable bluefin tuna, the overall volume available will be relatively small. The fishery entered just a single vessel for the certification assessment. Based in he Canary Islands, Spain, it caught just 55 tons of Eastern Atlantic bluefin tuna in 2018 out of 28,200 tons of total allowable catch that year for the area.

The fishery uses longlines to catch the tuna, taking just a few weeks in October to fulfill its quota. The bluefin is shock frozen and shipped to Japan where it is consumed as top-quality sashimi, a Japanese delicacy of raw slices of fish. At other times of the year the vessel catches bigeye and yellowfin tuna in the central Atlantic.

Although all three species of bluefin tuna (Atlantic, Pacific and Southern) have experienced a large decline in the past, bluefin tuna populations are currently on the rise, with the exception of Pacific bluefin tuna. Japan and other governments have backed plans to rebuild Pacific bluefin stocks, with a target of 20% of past historic levels by 2034.

Established in 1882, Usufuku Honten Co. began catching tuna around 37 years ago. In 2011 its headquarters, based in Kesennuma, Miyagi Prefecture, was swept away in the tsunami that struck Japan’s eastern coastline. It is in the process of constructing a new building on the same plot and currently employs around 200 people and operates seven distant water vessels. 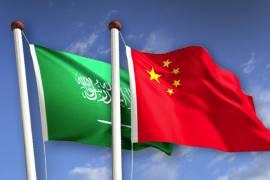