On December 2 McDonald’s began testing a crispy fried chicken sandwich topped with butter and pickles and a deluxe offering that additionally includes tomatoes, lettuce and mayonnaise (both pictured above) at outlets in Houston, Texas, and Knoxville, Tennessee. Each is served in a buttery potato roll and boasts a chicken fillet said to be superior to fillets currently used in McChicken and buttermilk crispy chicken sandwiches.

The trial, which will run through January 26, comes following requests from franchise owners for McDonald’s to prioritize the introduction of a Southern-style chicken sandwich to compete head-on against popular Chick-fil-A signature sandwiches.

According to a McDonald’s spokesman: “Houston and Knoxville are getting a sneak peek. Everyone else should stay tuned for what’s to come in 2020.” 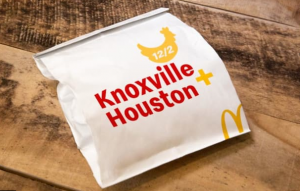 
Meanwhile, north of the border KFC Canada debuted a plant-based fried chicken sandwich and faux popcorn chicken at a single restaurant in Mississauga, Ontario for one day only on November 27.

During the limited test release, the plant-based fried chicken sandwich (available in regular or spicy) sold for $6.99 separately, or in a meal starting at $8.99. The faux popcorn chicken went for $3.99. 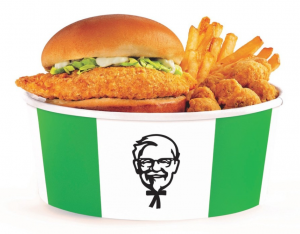 The plant-based chicken alternative is made in Canada by Lightlife, a protein brand whose broad portfolio of products is available at retail stores including Metro, Loblaws, Sobeys, Longo’s and Federated Coop.

“This is a landmark moment for Lightlife. We’re proud to join forces with KFC to bring Canadians a plant-based chicken with incredible taste. With pioneering partners like KFC, we can make plant-based foods more broadly available to the growing number of consumers seeking the option on the go,” said Dan Curtin, president and chief executive officer of Greenleaf Foods, SPC, the owner of Lightlife and a wholly owned, independent subsidiary of Maple Leaf Foods Inc.

In addition to the new plant-based fried chicken options, KFC Canada has been offering fans vegetarian options since 2009, including a vegetarian sandwich available in restaurants across the country. Feedback gathered during the limited, one-restaurant, one-day test will determine the whether the chains will roll out faux chicken options nationally in 2020.