Schwan’s Company has announced plans to build a state-of-the-art 140,000-square-foot refrigerated distribution center at its pizza manufacturing plant in Salina, Kansas. This is in addition to a 400,000-square-foot expansion currently under way. In total, Schwan’s has invested $600 million into the facility.

CEO Dimitrios Smyrnios and other executives of the Bloomington, Minnesota-headquartered frozen food company recently joined leading state and local government and civic officials in Salina (including Governor Laura Kelly, pictured above at left, who is about to enjoy a slice of Schwan’s pizza during a post-announcement reception at the plant) to share details of the new project, which will begin next year and is expected to come on line in early 2025 to more than double the size of the distribution center that was built in 2006. The company’s combined factory and distribution center space at the site will exceed 1,000,000 million square feet upon completion.

The state-of-the-art facility will include a 38,000-pallet-position racking system with three automated pallet cranes, and provide up to 225 additional jobs. Meanwhile, the initial project announced in 2020, which includes state-of-the-art pizza production lines, shipping and receiving docks, and office space, is now nearing completion. The company expects to be making pizzas at the new facility in December.

“The ripple effect of Schwan’s expanding operations is felt throughout the Kansas supply chain,” said Kansas Lieutenant Governor and Secretary of Commerce David Toland. “By sourcing so much of their final product locally – such as food ingredients and packaging materials – the entire food processing ecosystem is strengthened and further validates Kansas as the best place in the nation to do business.”

Founded in 1952, Schwan’s is a subsidiary of CJ CheilJedang, a Seoul, South Korea-based conglomerate engaged in food, pharmaceutical, biotechnology and other business enterprises. In addition to making pizzas, Schwan’s product lines includes frozen desserts and Asian-style foods distributed to foodservice venues, grocery stores and other retail outlets throughout North America and beyond.

Schwan’s first began making pizzas in Salina during April of 1970, when it acquired the Tony’s pizza brand and production plant from a local businessman. Employees at the site continue to produce Tony’s and Red Baron pizza for distribution across the USA, as well as pizzas for foodservice channels including schools. During Schwan’s ownership, the facility has grown from just 18,000 square feet to nearly 1,000,000 square feet and seen more than 80 additions over the past five decades. 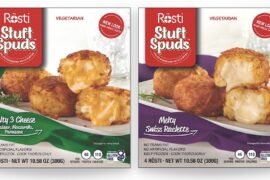 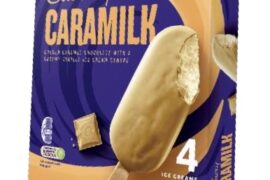