“A vegan ice cream that doesn’t taste like a vegan ice cream – that’s the magic of what happens when you combine industry-leading food science with a passion for great tasting, better-for-you ice cream,” said Niclas Luthman, founder and chief science officer of Nick’s.

This innovation is made possible with animal-free dairy proteins, which are identical to the protein found in milk but made without cows. Perfect Day works with food producer to create animal-free dairy products with the same real taste, texture and nutritional qualities of dairy, in sustainable ways that forgo the usual downsides, like factory farming, lactose, hormones and antibiotics.

“We’re excited to partner with Nick’s on a vegan take of their flagship Swedish-style ice cream. Our versatile animal-free protein allows consumers to enjoy the healthier ice cream they crave without compromising on the delicious, melty, silky taste of dairy,” said CEO Ryan Pandya of Emeryville, California-headquartered Perfect Day.

•Keto-friendly – only 3-7 net grams of carbohydrates per pint

•Creamy texture – spoon-soft out of the freezer

•Compromise-free taste – has the flavor and texture of conventional dairy 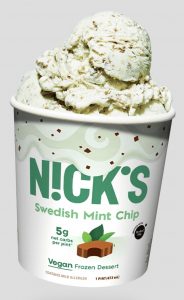 All seven vegan flavors will be available for online orders in February and may be purchased at select retail grocery stores in the spring.

Nick’s Swedish Style Ice Cream, founded in Sweden by Carl Backlund and Niclas Luthman in 2016, launched in the United States in the fall of 2019. The company’s 16 light ice cream products are now available at over 4,000 grocery stores across the USA.

Founded in 2014 by Ryan Pandya and Perumal Gandhi, Perfect Day utilizes fermentation to create proprietary “flora-made” dairy protein. The company chose to use fungi because they have a long history of safety in making ingredients in many foods on the market today, and because microflora are particularly good at producing animal proteins. Products made with the ingredient can be labeled as vegan and lactose-free. 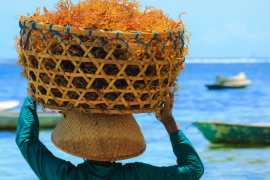 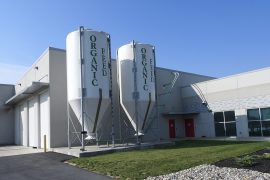 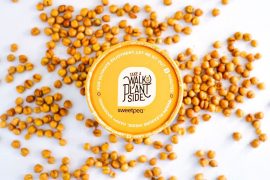