Quorn ‘Beefs Up’ US Presence with New Culinary Development Center

Meat alternative food manufacturer Quorn is staking claim on the meat-free chicken category in the United States and Canada with the opening of a culinary development center in Dallas, Texas. The facility will be able to test culinary equipment and coating on mycoprotein – the unique super-protein in all Quorn products – in real time and real conditions, showcasing its efficiency and accessibility.

The culinary kitchen is modeled to replicate operations in a variety of restaurant environments, from QSR outlets to fine dining establishments. The space will also feature a state-of-the-art product development lab to accelerate innovation to market in North America.

A pioneer in the alternative meat space, Quorn’s naturally sourced protein is sustainable and provides great nutritional value as a complete protein that is high in fiber, low in saturated fat and contains no cholesterol. Due to the unique taste and texture of Quorn’s mycoprotein, the company’s products serve up a “tastes like chicken” meatless experience.

The culinary development center creation and opening was driven by two new leaders in the Quorn Foods US business – President Judd Zusel and Executive Chef Stephen A. Kalil.

“I’m excited to join Quorn at a time when the meat alternative category is really taking off,” said Zusel. “With Chef Stephen at the helm, we are poised to deliver new and exciting meatless chicken innovations creating a significant competitive advantage for Quorn and our retail partners.”

Zusel joins the team from Bacardi Global Brands, having worked there as vice president and general manager of The Incubation Brands business unit. He is an expert in creating, launching and accelerating brands in fast growing categories.  Prior to Bacardi, Zusel held marketing, innovation and sales leadership roles at Diageo and Remy Cointreau.

Kalil, better known as Chef Stephen, is a leader in the field of culinary research and innovation and an archivist of traditional Middle Eastern recipes. He is also both a Certified Executive Chef (CEC) with the American Culinary Federation and a Certified Research Chef (CRC) with the Research Chefs Association, where he served as past president and is a current board member. Kalil joins Quorn with more than three decades in the foodservice industry and notable roles at The Cheesecake Factory, Chili’s Grill & Bar (Brinker International), PepsiCo and Frito Lay.

A significant investment from parent company Monde Nissin Corp. will go into positioning Quorn for accelerated growth in the United States. The Philippines-based enterprise will use some of its $1 billion initial public offering proceeds to help Quorn become a category leader in chicken alternatives.

“Our ambition is to become the king of alternative chicken globally,” said Quorn Chief Executive Officer Marco Bertacca. “With new leadership, our state-of-the-art culinary center and new innovations accelerated by this IPO, we believe we’re well-positioned to do just that.” 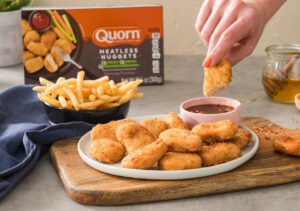 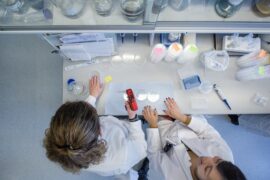 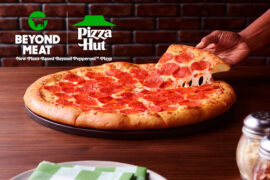 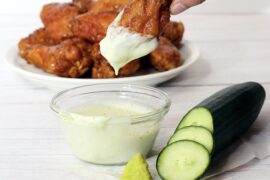