The Tarpon Springs, Florida-headquartered Southern Shrimp Alliance (SSA) has filed comments with the United States Trade Representative (USTR) expressing support for President Donald J. Trump’s proposal to increase tariffs on certain Chinese imports, including Chinese frozen shrimp, from 25% to 30%. The Administration has proposed a modification of Section 301 (19 U.S.C. § 2411) tariffs in response to actions taken by the Chinese government to maintain what it has described as “unfair acts, policies and practices previously identified by the US government as harming the American economy.”

Founded in 2020, the SSA is an organization of fishermen, processors and other members of the domestic industry in the eight warmwater shrimp producing states of Alabama, Florida, Georgia, Louisiana, Mississippi, North Carolina, South Carolina, and Texas. The trade group is committed to preserving the long-term viability of the valuable Gulf Coast and Southeast fisheries.

Imports of farmed seafood products from China, including shrimp, along with a wide assortment of other items, have been subject to an additional tariff imposed by the USTR since September 24, 2018. Initially set at 10%, Section 301 tariffs on these products were hiked to 25% on May 10, 2019. The USTR had initially announced that Section 301 tariffs on these products would rise to 25% on January 1, 2019, but the increase was delayed after the Chinese government agreed to hold negotiations. The US Administration’s request for comments on the potential increase in tariffs to 30% indicates that proposed modification would take effect on October 1, 2019.

In comments made to the USTR on September 23, the Southern Shrimp Alliance pointed out that the imposition of Section 301 tariffs has led to a significant decline in the amount of farmed seafood imported from China. Over the first seven months of this year, the United States imported roughly $150 million less in aquaculture seafood products from China ($324 million) compared to the same time period in 2018 ($475 million). Over $100 million of that decline is attributable to a steep drop in shrimp imports, which fell from $168 million in the first seven months of 2018 to $65 million during the same period this year.

The Southern Shrimp Alliance’s comments held that the FDA’s reporting supports the belief that US importers source questionable seafood products from China because of its availability at low prices.

“The imposition of significant tariffs on Chinese seafood imports appears to substantially reduce the appeal of such a business strategy and, in turn, reduces the pressure on FDA to inspect and stop dangerous goods at the border in order to prevent them from reaching American consumers,” claimed the SSA.

In prior comments to the USTR in support of Section 301 tariffs, the Southern Shrimp Alliance charged that China is one of the few countries in the world to not make meaningful progress in addressing the abuse of antibiotics in aquaculture production and that seafood from the PRC, on its own, accounted for fully 42% (1,310 out of 3,114) of the total amount of seafood entry lines refused by the FDA for veterinary drug residues over a 16-year time period running from 2002-17. 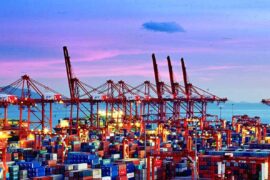 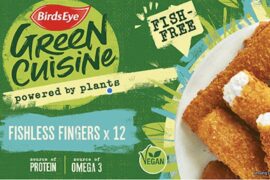 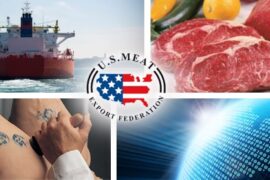