While many potato farmers in Europe were hoping for an end to the season in mid-May with prices at around €30/100 kg, it was not to be as the rains came and Mother Nature had the final say.

“For the last four weeks we have had a ‘weather market,’ which could still have an influence on prices of the old crop,” reported the NEPG (North-western European Potato Growers) on June 28. “Processors stopped buying old crop a few weeks ago, some of them were even selling contracts they did not need to other processors. Small leftover volumes were sold with the last contract deliveries. The new crop is starting to arrive on the market, whereas all the old crop has not yet been commercialized.”

Beginning of New Crop Season
The new crop of potatoes, be they “earlies” (mainly in Germany and Belgium) or main crop potatoes, are growing fast and usually developing well. Earlies are between one to two weeks earlier than usual (with tuber counts which are regularly lower than usual), and in some second earlies first signs of senescence (certainly where less rain fell and higher temperatures were recorded) are seen.

Some main crop fields flowered sooner than usual, without closing the rows, which means that potential production could be on the lower side. Irrigation efficiency (in Germany, France and the Netherlands, where it is widely employed) is not as good as usual, and some irrigation has not taken place or has been postponed due to high energy prices.

Weather vagaries such hot spells, heavy rainfall and drought (past, present and future) could bring some more surprises in the days or weeks to come, affecting final yield and quality.

First Estimation of Potato Area in EU-04
The total potato area (first estimation in some cases) within the NEPG zone (EU-04) has risen in all four countries by 2% totaling almost 507,300 hectares – up by approximately 10,100 hectares over last year’s figure. Compared to the five-year average, the increase is almost 1%. In the late winter/early spring periods, first estimations were that 2022 area would decrease, due to ever higher production costs.

Some starch producers in Germany, France and the Netherlands, and a number of fresh market potato growers in Germany and France are switching their concentration to more chipping and crisping potatoes.

CAP 2023 Reform and Higher Production Costs
What will the CAP reform bring about for the potato area and production in 2023? High prices for wheat, rapeseed, grain and maize, as well as higher land rental prices, could have an influence on future potato hectareage. New environmental constraints related to the European commission proposal to halve the use of plant protection products by 2035 could also limit future potato area discourage growers. 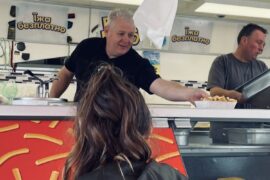 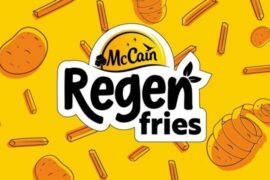 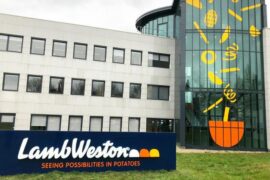