After much media buzz about the extent of Tesco’s plan to further trim costs further at Britain’s leading supermarket chain through personnel reductions, management released a statement on January 28 confirming that up to 9,000 employees may be impacted as fresh food counter operations get scaled back. However, it added that approximately half of the workers affected could be redeployed to other, so-called “customer-friendly roles.”

A story published by the Mail on Sunday newspaper the day before the statement was issued speculated that up to 15,000 jobs could be axed if then unveiled plans to close fresh fish, meat and deli counters in addition to in-store bakeries at a majority of its 732 larger stores in the UK are carried out.

On Monday, after first briefing employees on what was described as “some changes we’re making to our stores and offices to further simplify our business, so that we can continue to invest in serving our customers,” an official statement was posted on the company’s website and distributed to the press. 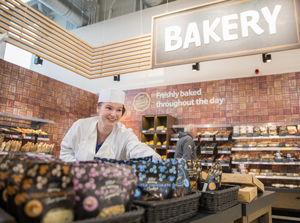 “Contrary to media reports over the weekend, we do not plan to make any significant changes to bakeries this year,” Tesco assured. “Media speculation was premature and we have accelerated our communications to colleagues in order to reduce the significant uncertainty created by incorrect information. We will be doing all we can to help colleagues affected by these changes, including offering redeployment opportunities wherever possible.”

Interestingly, the weekend mainstream media blitz of partial misinformation made a big deal about reports that Tesco aims to use frozen instead of fresh dough at its in-store bakeries. For the record, the fact is that for a long time now the vast majority of large scale retail and foodservice operators in the UK and throughout much of continental Europe have wisely relied on the consistency in quality and convenience of frozen dough products that are baked off at stores during daytime hours when most customers are shopping.

While the editors of FrozenFoodsBiz.com could wax on about the proliferation of previously frozen food fare merchandised at fresh counters around the world, and rightfully so as industrially quick frozen food is typically fresher than so-called “fresh food,” we will defer this subject for the time being.

Another fact that is perhaps not understood by many consumers is that so-called “fresh food counters” within large supermarkets, especially those merchandising quickly perishable fare such as fish, are often unprofitable due to the fact that unsold aging and spoiled products must be tossed out.

Tony Naylor, in an article in The Guardian headlined “Why I won’t miss Tesco’s fake ‘posh’ deli, fish and meat counters” published on January 29, referred to The Grocer trade magazine as describing fresh food counters as key to customer “perception,” but “an expensive luxury” which, say analysts, have been “hemorrhaging” money for years.

“In other words,” wrote Naylor: “They are pure window dressing, but, if that marketing trickery ever worked it is now untenable.”

Jason Tarry, chief executive officer of Tesco in the UK and Ireland, noting the rise of convenience-oriented online shopping, commented on Tesco’s “counters simplification” as follows:

“…Not only are customers shopping in different ways, but we know that they have less time available to shop too – which means they are using our counters less frequently. We will be making changes to the counters in our large stores to ensure that we have the right offer for customers. We expect that around 90 stores will close their counters, with the remaining 700 trading with either a full or flexible counter offer for our customers.”

Noting that the company has “made good progress” in building a stronger business foundation through a deliberate turnaround program over the past four years, Tarry added that the retail market remains “competitive and challenging.”

As part of its “turnaround” campaign, Tesco is now implementing adjustments to in-house foodservice availability to employees as a cost-cutting measure. Translation: human beings in some staff canteens will likely be replaced with vending machines.

“Currently only one-third of our stores provide a hot foodservice and, over recent years, there has been reduced demand for this,” said Tarry. “Over the last three years we have been rolling out new self-service colleague kitchen areas in a number of stores, and we are now extending this to all remaining stores with a hot foodservice. This change will impact the people working in our colleague rooms who are employed by third-party caterers, and we are working with them to provide as much support as we can.”

Back to the Past 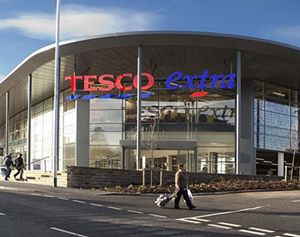 Meanwhile Tesco, founded in London in 1919 by Jack Cohen and headquartered today in Welwyn Garden City, Hertfordshire, England, is celebrating a century in business this year. Interestingly, one of its most noteworthy accomplishments historically was the introduction of the imported American self-service grocery store concept to British consumers in 1946. These days, as the publicly traded company faces heightened competition from no frills private label deep-discounters such as Aldi and Lidl, and with a stated aim to achieve £1.5 billion in cost savings by 2020, it seems that the economic benefit of self-service retailing is increasingly appreciated by bottom line watchers.

Having generated sales of almost £60 billion in 2017, Tesco directly employs approximately 325,000 people and indirectly provides jobs for about 440,000 people worldwide. It operates more than 6,500 stores in the United Kingdom, Ireland, India, Malaysia, Thailand, the Czech Republic and Hungary. – Reported by John Saulnier 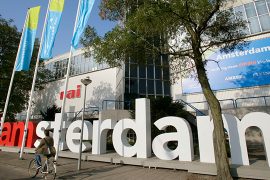 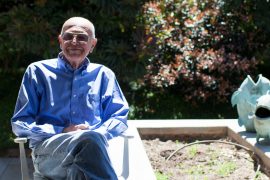 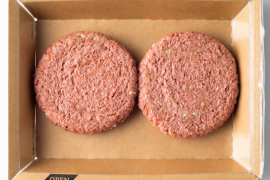